Some folks believe that dolphins react differently to people with disabilities. In fact, stories of special bonds, unusual dolphin behavior and of dolphins using echolocation to pick up physical differences, such as metal rods or plates, are not uncommon. In the end, dolphins seem to have an innate ability to differentiate a person’s needs and then treat them accordingly. So it comes as no surprise that swim-with-the-dolphin programs are extremely popular among wheelers and slow walkers; in fact, many people plan their entire vacation around a dolphin encounter session. But finding the right program is not as easy as it sounds. 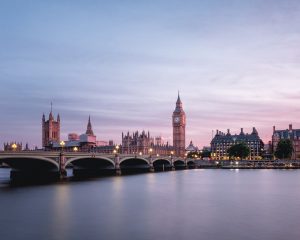 Even though there are more than 30 dolphin interaction programs across the US, only a handful of these off er any level of wheelchair access. Additionally, there are several types of dolphin programs, so it pays to understand the differences between them so that you can make an appropriate choice. The three main types of dolphin interaction programs are therapy, lab and recreational swim programs. Both the therapy and lab programs last at least four to five days, but that’s where the similarity ends.

Therapy programs usually include work with occupational and physical therapists, whereas lab programs focus on education about dolphins and their environment. Both programs include scheduled dolphin interactions (including swims) throughout the week. Recreational dolphin swim programs are by far the most popular vacation-time choice. These half-day programs begin with a workshop in which participants learn about dolphin behavior and culminate with a structured dolphin swim.