As a melting pot for a plethora of cultures, Toronto is a true feast for all of your senses. And nowhere is this ethnic diversity more apparent than in Kensington, a small neighborhood just north of Chinatown off of Spanida. Suffi ce it to say that this Kensington is a far cry from the stately British palace of the same name. Toronto’s Kensington began life as a Jewish market in the 1920s and slowly evolved to include an eclectic mix of Portuguese, West Indian, Korean and Chinese merchants. 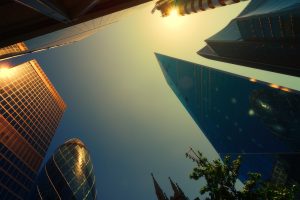 Today you’ll find everything from vintage clothing and herbal remedies to exotic produce and costumes in Kensington’s colorful storefronts. And although some sidewalks lack curb cuts, and it can get very crowded on weekends, Kensington is still doable for most wheelchair users. You won’t be able to access all of the shops and vendors, but you will be able to savor the sights and sounds of this vibrant neighborhood. And for a real taste of Kensington, roll in to Global Cheese Market at 76 Kensington Avenue. Trust me, everything they sell is delicious. Toronto is ground zero for a wide variety of multicultural experiences.

Indeed the choices are mind boggling, as even the museums off er some very unique options. Take the Bata Shoe Museum for example. This kitschy offering includes more than 10,000 shoes and includes everything from ancient Egyptian sandals to Elton John’s platforms. Access is good, with a level entry,