Some cities are perfect for walking tours. Take Chicago, for example. It’s not only a very walkable city, but it’s also very accessible as well — accessible in two ways. First, it’s accessible because you can actually get around the city and out to the suburbs by public transportation. And second, because, for the most part, that public transportation system is physically accessible to people with mobility disabilities. 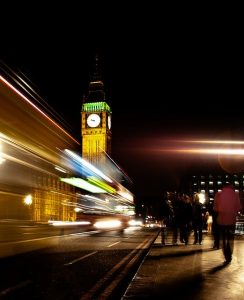 Of course not all Chicago walking tours are physically accessible. Some tour guides just don’t have the time or the inclination to research the accessible routes. Terry Sullivan is not one of those guides; in fact, as the owner of Walk Chicago Tours, he makes sure all of his tours are wheelchair accessible. And Terry knows what he’s talking about when he’s talking about access. His daughter uses a wheelchair, so Terry truly understands that even one small step can be an access barrier.

Terry also knows Chicago, although he’s far from what I’d call a typical tour guide. Th is retired English teacher and part-time scout for the Boston Red Sox founded Walk Chicago Tours in 2005 after a long volunteer stint with the Chicago Greeter program. Today his motto is “Th ere’s a story on every corner,” and, given the opportunity, Terry will tell you all of them.