London is a top vacation choice for many frst-time visitors to Europe. Viewed as a safe destination by Americans, the language, people and food are strikingly familiar to visitors from the colonies. And with nonstop fLights from many American cities, London is also relatively easy to get to. As far as access goes, the United Kingdom has national access legislation equal to the Americans with Disabilities Act. 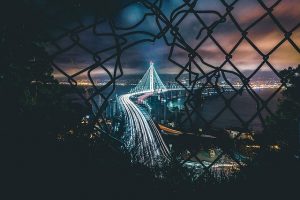 This legislation, know as the Disability Discrimination Act, was strengthened in 2004 to include even the smallest businesses. As a result, today many more UK attractions are now truly wheelchair accessible, which in turn makes London a very appealing destination for wheelchair users and slow walkers. Ground transportation is always a prime concern for people who require accessible services. Fortunately London has a number of accessible transportation choices. Let’s start at the airport. Billed as the fastest option between Heathrow Airport and central London, the Heathrow Express provides high-speed accessible train service from Heathrow Airport to Paddington Station.

Access features include a minimal gap between the platform and the train, dedicated spaces for wheelchair users, adapted toilets, and emergency call buttons near the wheelchair spaces. The journey from Heathrow to Paddington Station takes just 15 minutes, and from Paddington you can catch an accessible taxi to your hotel. All London black cabs are required to be accessible, either by a portable ramp or a fold-down dickie transfer seat.